HDMI Active Optical (AOC) Cables is a new standard for HDMI which does exactly the same thing as a standard HDMI cable, with one major difference, which is very important for installers. AOC HDMI cables allow for lossless signal transfer over far greater distances than copper HDMI cables - and even HDMI UTP baluns!

HDMI AOC was borne out of the physical limitations of copper, especially over longer distances. In fact copper HDMI cables start to significantly drop off in performance at just 10 metres! With the advent of 4K the data rates required to transfer a signal between source and display almost quadrupled, with 4K @ 60Hz requiring 17.82Gbps of bandwidth. Copper was starting to reach its absolute limits.

To combat this, installers have been using boosters and UTP converter baluns to connect equipment over longer distances, however this has been fraught with issues relating to HDCP compatibility & EDID handshaking between equipment.

Active Optical eliminates all these problems. By being a simple point to point connection, it vastly simplifies installations and removes the the physical distance limit which has plagued the Audio Visual installer industry ever since HDMI became the standard!

AOC uses the same sort of optical technology found in the typical S/PDIF toslink cable (or that of your household FTTH NBN connection). Essentially it is an optical core with an outer sheath for physical protection with a receiver and transmitter connected to each end. Theres still some copper in these cables, but they?re not used to transfer the bulk of the bandwidth used by 4K video. 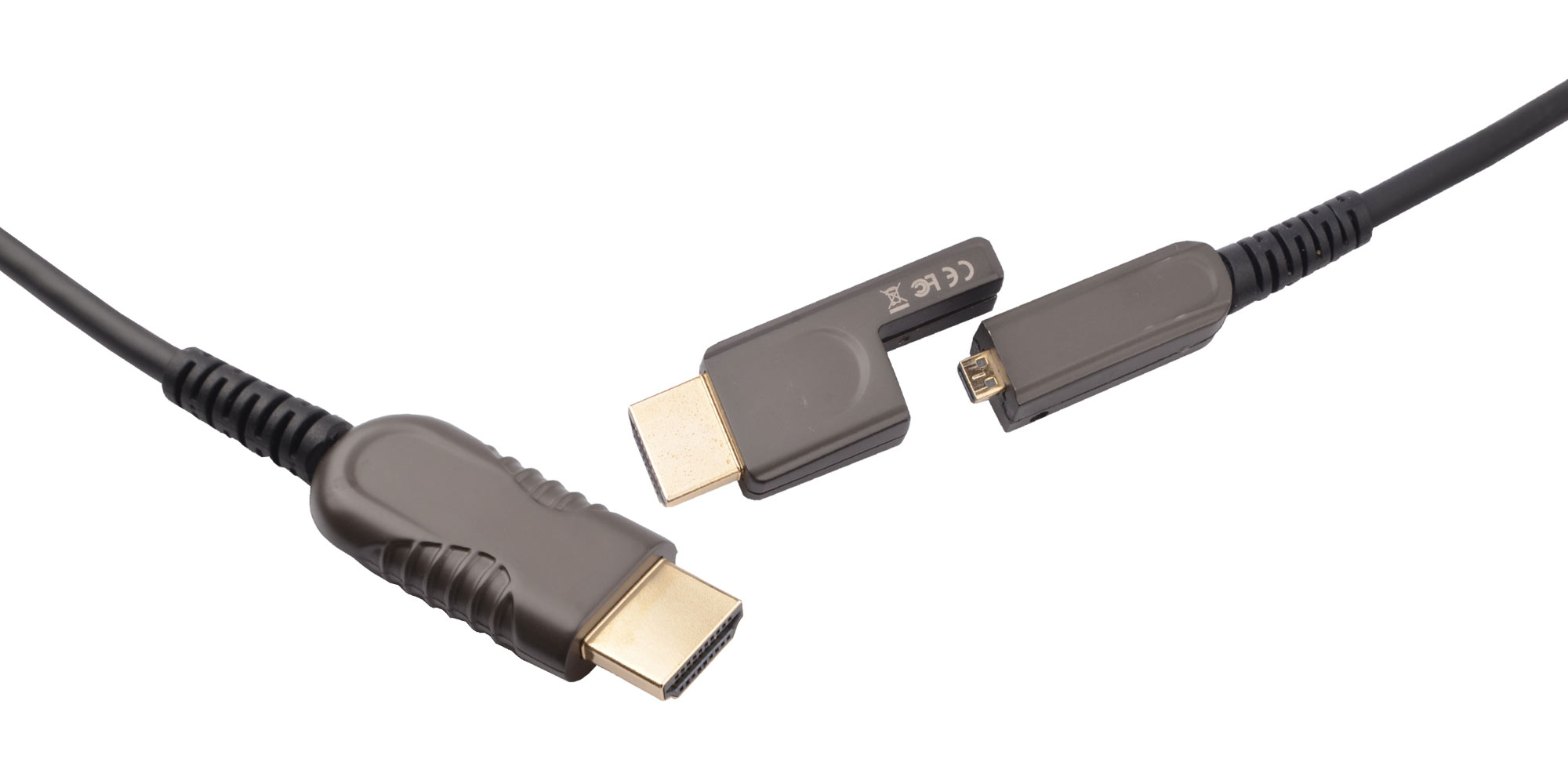 Essentially HDMI AOC cables are used in the same manner as standard HDMI cables, with the exception that they are directional. So the SOURCE plug must be plugged into the equipment and the MONITOR/DISPLAY end into your TV.

Altronics also stocks the detachable plug series which have been designed for pulling cables through conduits, wall cavities and ceiling spaces. These are supplied with a detachable HDMI plug and cable pulling cover which protect the connector from damage during installation.

Back to latest News